Recovering from Irma and Harvey 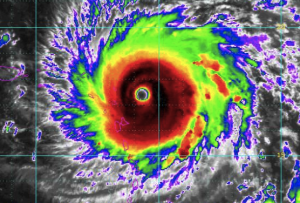 One of KLA’s offices is in the Tampa/St Petersburg area, so Irma went right over top of us. Everyone here is fine, and we appreciate everyone’s patience as it did take a few days to get power back up. I have been following the ongoing recovery efforts in Houston on TV, and am living it for the Florida gulf coast. Far from being dejected, it has been invigorating to see the way neighbors have come together, and the outpouring of support from other states, and even Canada, has been amazing. We’ve all heard the saying that life is not about whether you will get knocked down (because you will), it’s about whether you get back up.

Watching from my own neighborhood the morning after Irma, and later in the day a couple hours up I-75, you would not believe the convoys heading south to assist in the recovery and rebuilding efforts. There were thousands of trucks carrying supplies, materials, and equipment. There were many hundreds of lift trucks to assist with power lines. Many were staged here ahead of the storm, while others drove the following day and through the night. The local police, firefighters, state & national guards, first responders, and volunteers showed tremendous composure and bravery under extreme circumstances.

We are doing what we can short-term, including supporting charities in the Houston and Tampa areas, but longer term Texas and Florida have some work to do to get back, not just to where we were, but better. I’ve seen estimates for the number of cars destroyed by floodwaters in Houston between 500,000 and 1 million. There will no doubt be a huge need for building products, and so on. If you find that you need to add to your staff quickly to meet the demand that has already begun, tell us the need is driven at least partly by the hurricane and we promise to move your search to the top of the list.

Looking for a New Opportunity?